A Modernist in Suburbia

Here's an absolute treat. In 2012 academic Dr Fiona Fisher and film maker Gilly Booth made A Modernist in Suburbia, a short documentary about architect Kenneth Wood. 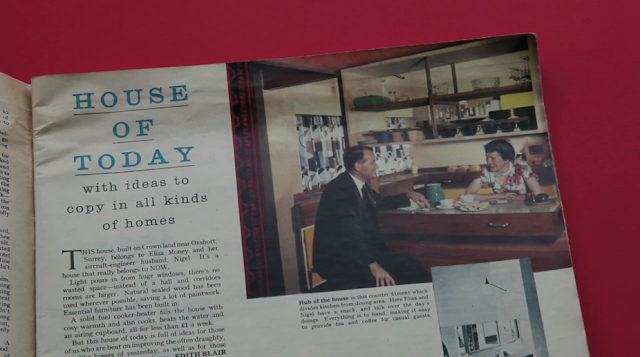 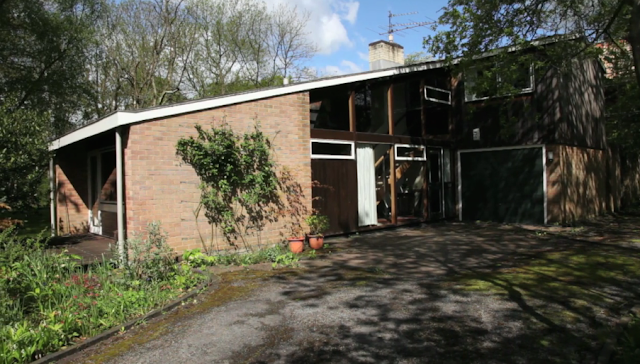 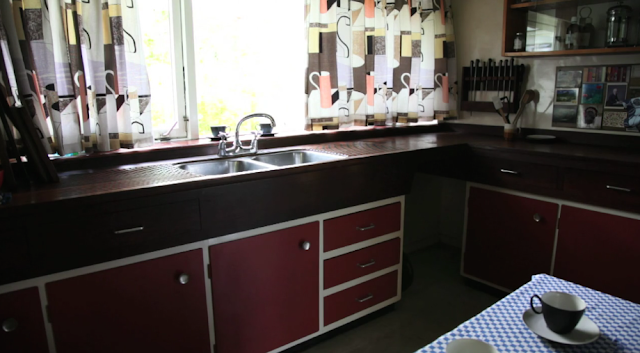 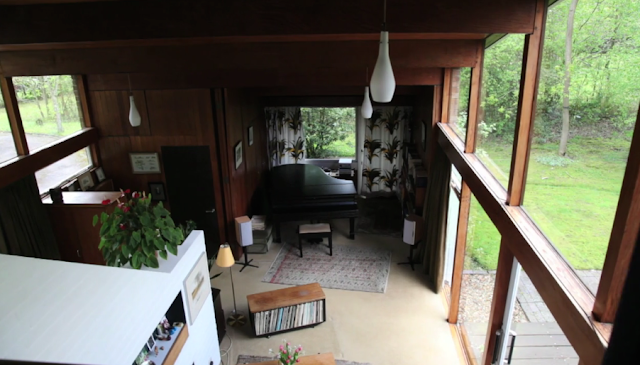 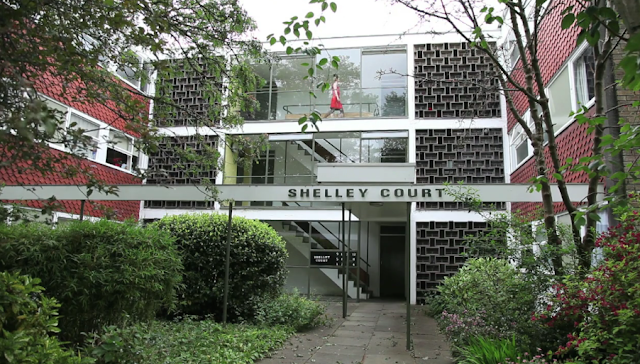 Wood worked on a number of exceptional modernist buildings, mostly in Surrey and Middlesex. The film covers a variety: Parkleys, the Span estate in Ham Common. Wildwood, a private house in Oxshott. Vincent House in Kingston upon Thames. Hampton House, a modular show home in Middlesex. Emmanuel Church in Tolworth. The Picker House, Kingston. It's fair to say that Mary Quant's cosmetics HQ in New York rather sticks out on the CV. 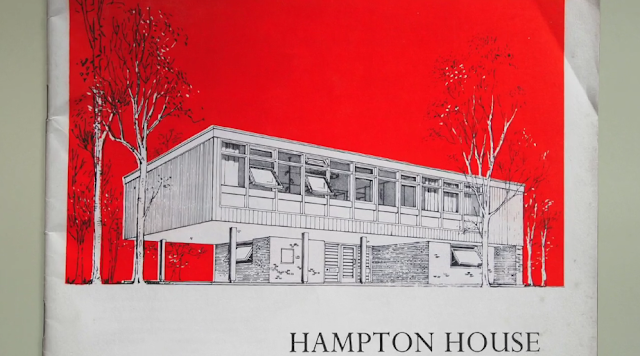 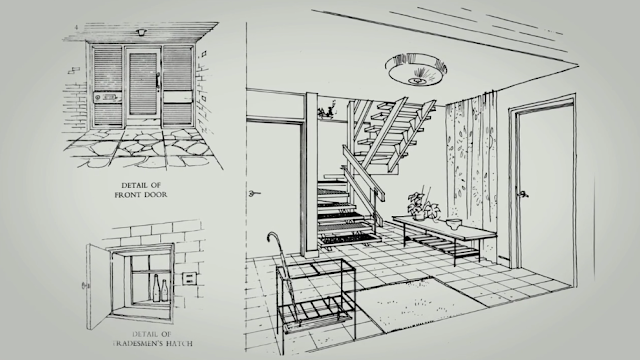 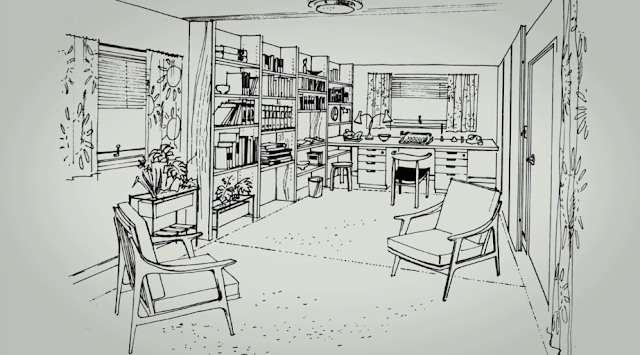 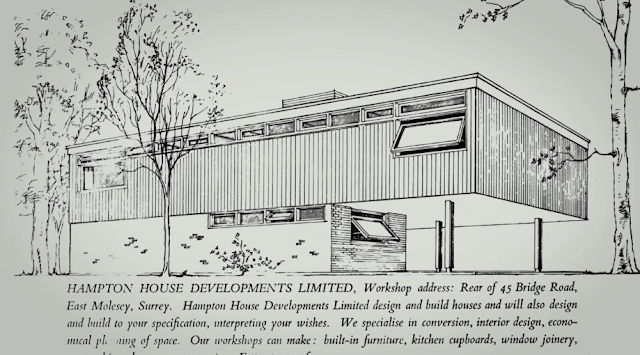 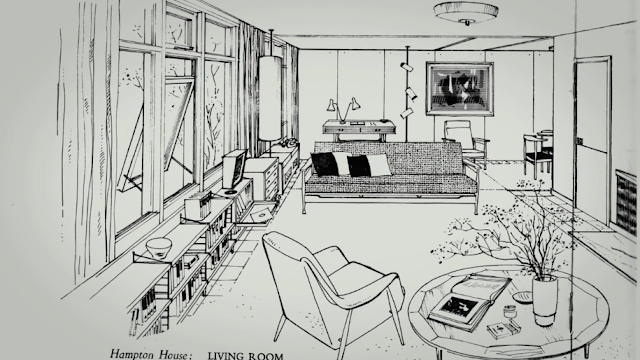 Jonny Trunk's dreamy soundtrack strikes just the right note to accompany this odyssey in teak, glass walls and brushed steel. And the sound mixing, from birdsong to jet engine noise, adds so much character. But it's Jack Mealing's remarkable cinematography that really knocks you over – endless gliding tracking shots revealing waterfalls, music centres and people reading books. There are fantastic photomontages too – bringing the flavour of postwar aspiration to the whole. The only bits I was unsure about was the film's slightly inexplicable international opening, which somewhat diminishes the rest, and its abrupt ending. 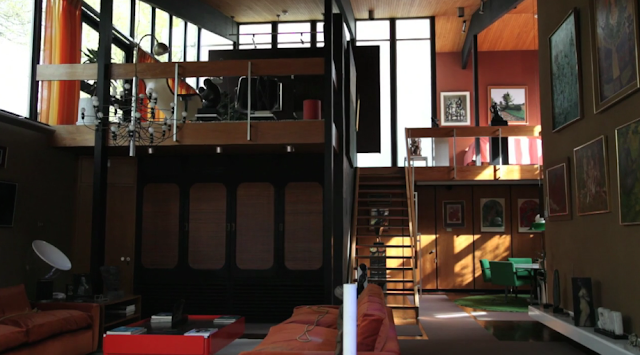 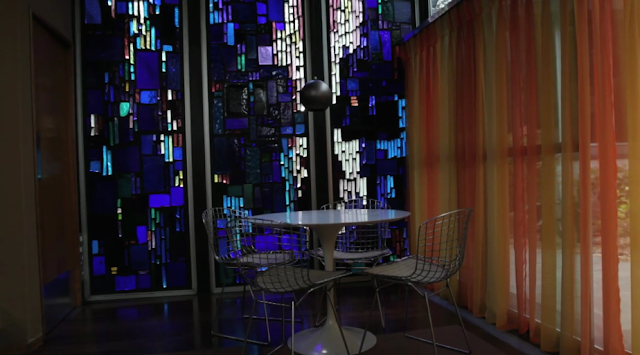 Still, it's the interview with Kenneth Wood, so straightforward and gentle, and some of his clients, that makes this film so worthwhile. Wood died in 2015, so this record is incredibly valuable, and a reminder to us all that we should record these important stories while we can.