The town of Billingham in Stockton on Tees may have existed for almost a millennia and a half, but it wasn't until what became the chemical giant ICI opened a massive plant there in 1920 that it took off in its modern form. Part inspiration for Brave New World, and with their own mini-nuclear reactor, the ICI plant would flourish until the 1990s. 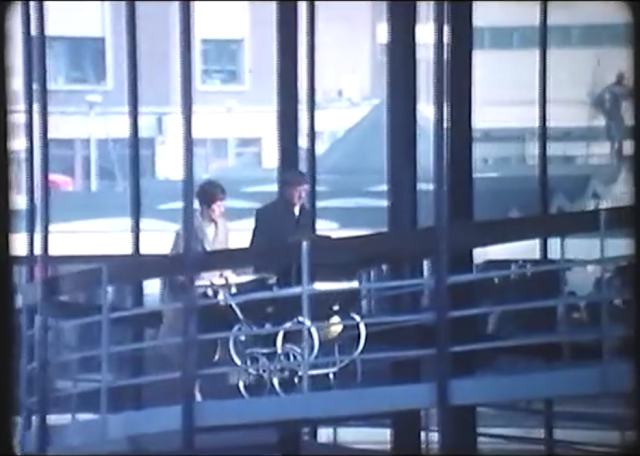 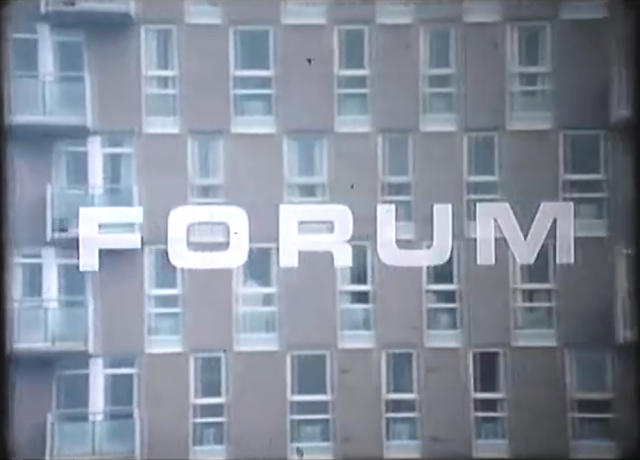 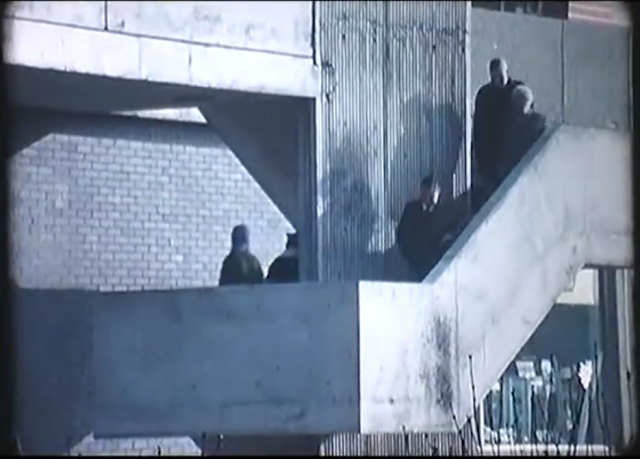 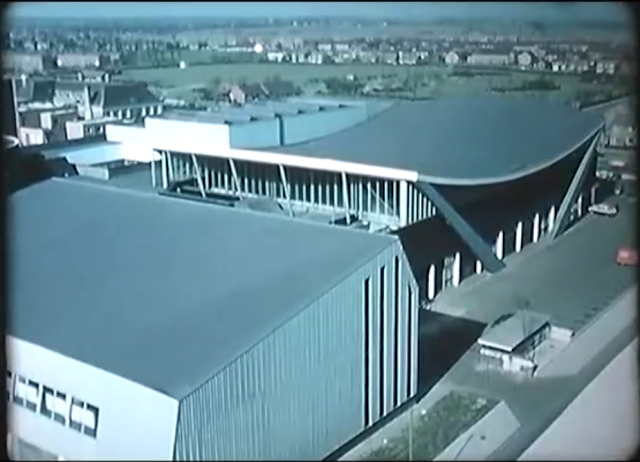 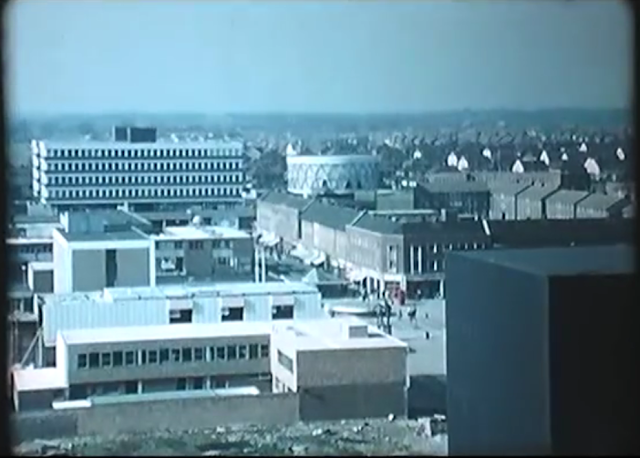 This film, Forum, was made in 1967 to commemorate the launch of the town's groovy new social centre. The film begins with some surprising notions, of people walking on heated pavements or sampling (gasp) modern restaurant food. 'There's even a nightclub' says the narrator, with a twinge of disdain, as we see the neon signage for 'La Ronde' glowing in the dark. Then we see it, The Forum, the town's brand new cultural and sports centre, where people can play games or watch theatre, go swimming, visit cafes and bars, play bowls or ice-skate. The Queen sneaks into another one of these films, and so we have the usual boring footage of Her Majesty shaking hands in sustained long shot. She gets to meet the whole Forum senior team, including the architect, Alan Ward. We then see rather more exciting diagrams and footage of the building under construction, all steel trusses and wires, a very modern engineering solution. 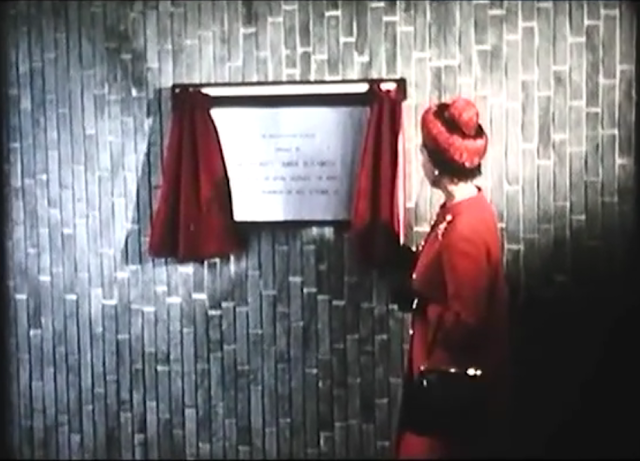 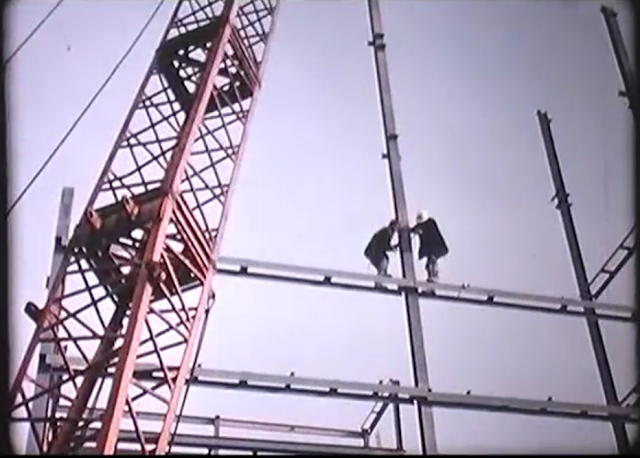 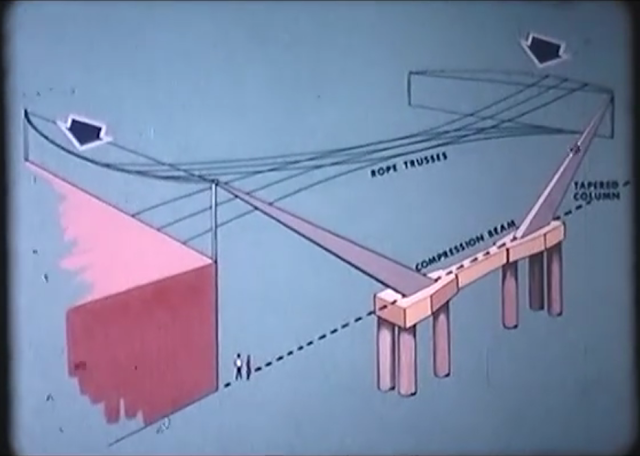 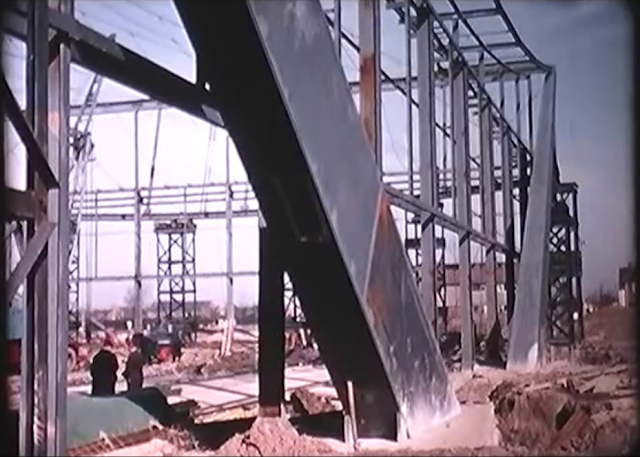 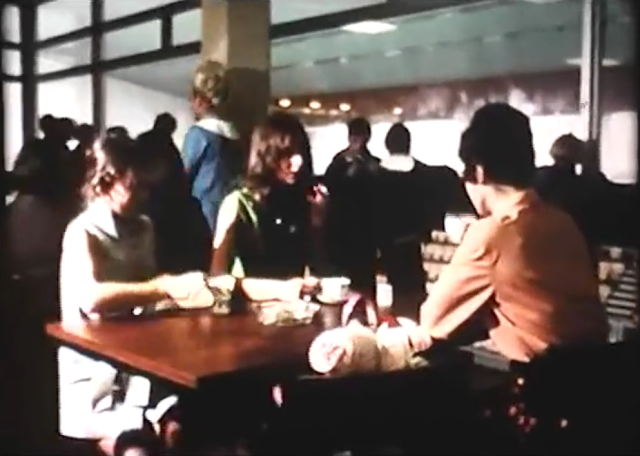 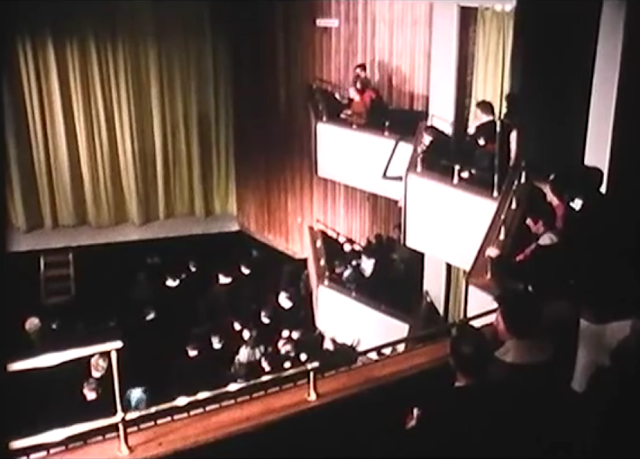 These days the town has suffered a decline in industry since ICI moved on, and the Forum itself has survived attempts to flatten it, and is now listed.

Thanks to former resident Andrew Stevens for drawing my attention to this film. Here's what he had to say about it: Curious mix of housing in terms of either built by ICI pre-war (large estates of terraces and some 'managers' arts and crafts-style semis) then a sudden splurge of 50s and 60s council houses (and some high rises, including a very Corbusier cylindrical one) by the urban district council. Post-1972 the new council never really knew what to do with the town and in the late 80s ICI was sold off and demerged to the point of barely existing thus removing economic raison d'etre. Neighbouring Haverton Hill was a smallish town demolished in its entireity (still viewable on Google Maps) after the war due to pollution.
Labels: 1960s Billingham New Towns