Croydon gets it in the neck a fair bit. Soulless, drab, 'New York built in Poland', a concrete jungle. The Late Show in 1993 characterised it, in a rare moment of analysis from any media on the town, as an English Alphaville: comparing it to Godard's 1965 dystopian sci-fi masterpiece. And there are many elements of the town centre that deserve comparing to science fiction. There are 45 office blocks in the town centre, mostly built in the decade leading up to 1974. Most of these blocks stand on pilotis, Le Corbusier's word for concrete stilts, which allow people to walk beneath the buildings. In theory this makes them generous, makes them permeable. In reality, the vast tarmac car parks block access to them during the week when busy, and at the weekend when empty form a slightly uncanny zone around East Croydon, where you feel like your walking beneath the instep of giants. However, here I've chosen my ten favourite postwar Croydon buildings, those that most represent my home town. They also all reflect the space age in which they were built, and go some way to explaining my lifelong obsession with visions of the future from the past.

It's probably also briefly worth mentioning the less pleasant side of all this rebuilding: Croydon is a town all about money. These buildings were put up to capitalise on the 'Brown Ban'  when Labour's deputy leader decreed that no high rise office space could be built in central London, and so Croydon, for a while, became a Docklands for the era of the trim phone and the Austin Maxi. But all of this Tory effort to make money out of every square footage of the town remains, currently in the ugly form of selling the library service off to construction firm John Laing, which sounds absurd and outrageous enough, without the fact that a couple of months in Laing have flogged off the libraries to a facilities management company in Wolverhampton.

All of this building is impressive, but don't for a moment imagine that Croydon's town fathers give a flying fuck about it. Which means that we have to. Let's not give in to their cynicism. 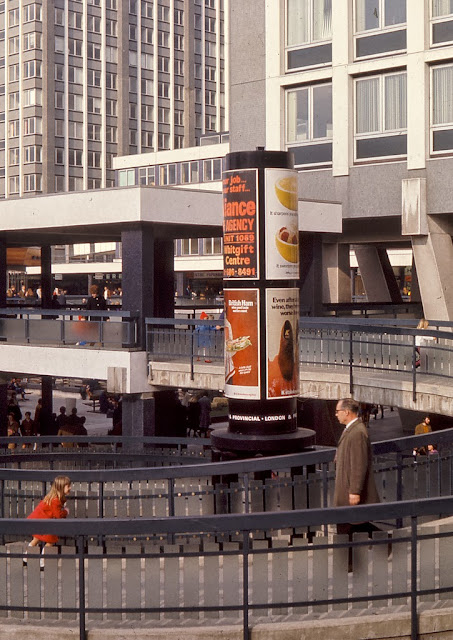 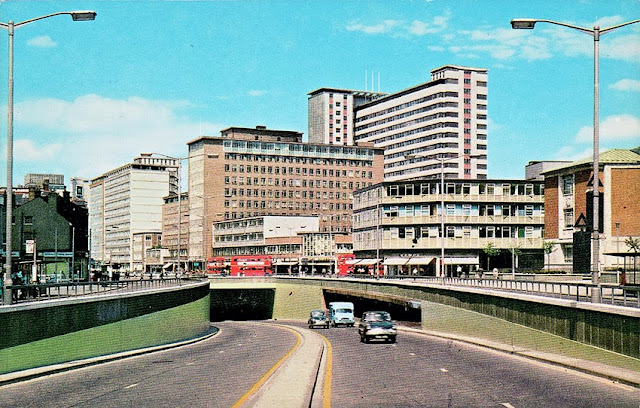