Here's a record of Charles and Ray Eames' house, recorded by the designers after 5 years of living there. As befits their jaunty infographic style the whole film is a montage of shots of the buildings and its environs, showcasing not the people but the colours, the materials, the patterns and the ephemera. Their house, with its Japanese paper-style walls and panels and Mondrian aesthetic, is filled with jaunty nick-nacks from around the world, and surrounded with huge trees that shade the buildings and make it look more modest than it actually is. The Eames's influence on a broad range of style, from product and furniture design to audio-visual communication and infographics is unrivalled. Their corporate work for clients such as IBM or Herman Miller was always masked behind the cutesy modern style they pioneered, to the point where this film only lacks a voice-over by Oliver Postgate to create a Clangers-style fantasia. It's gloriously entertaining and beguilingly beautiful, just as the house created by millionaire designers should be. 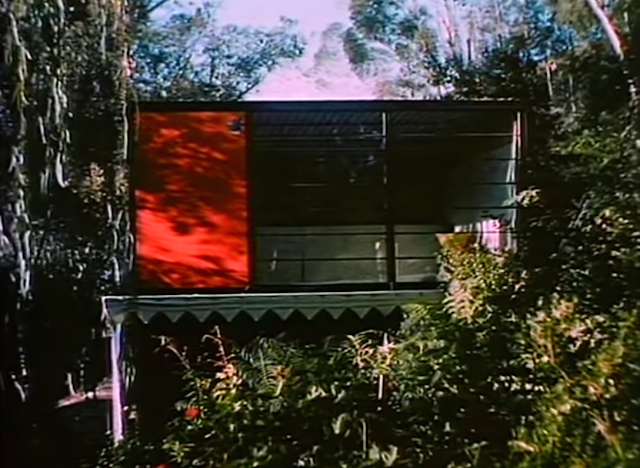 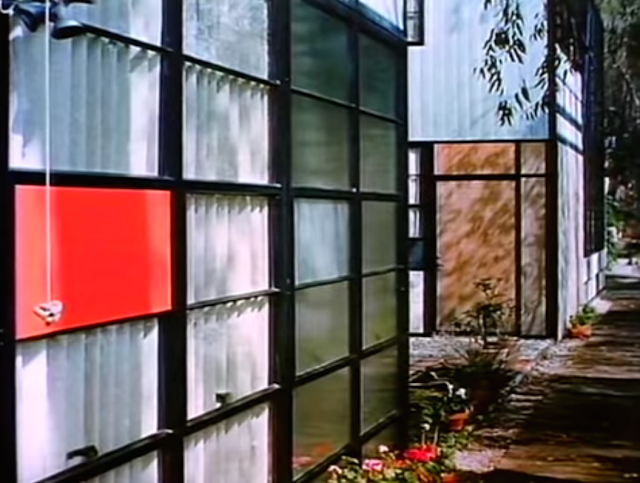 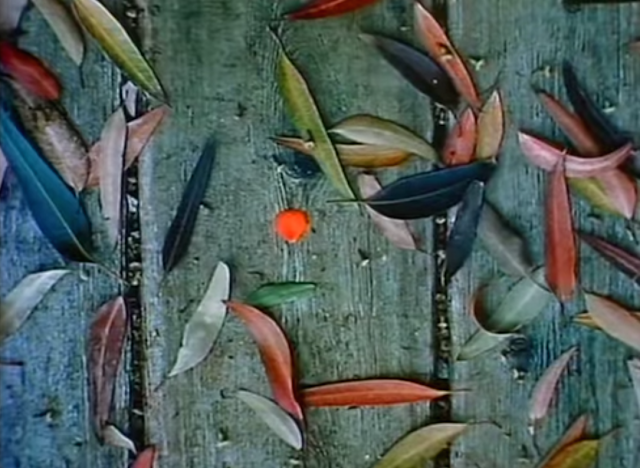 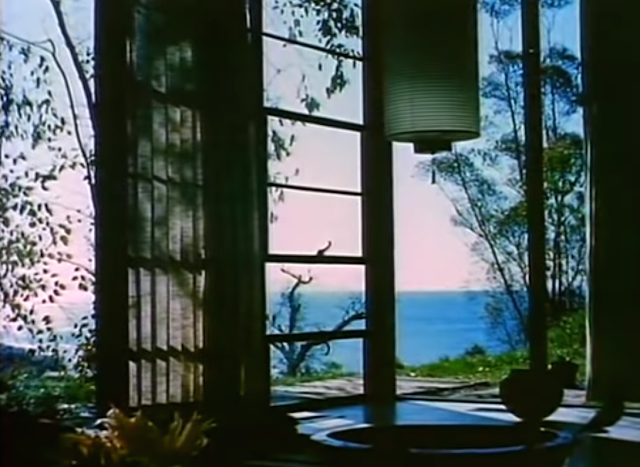 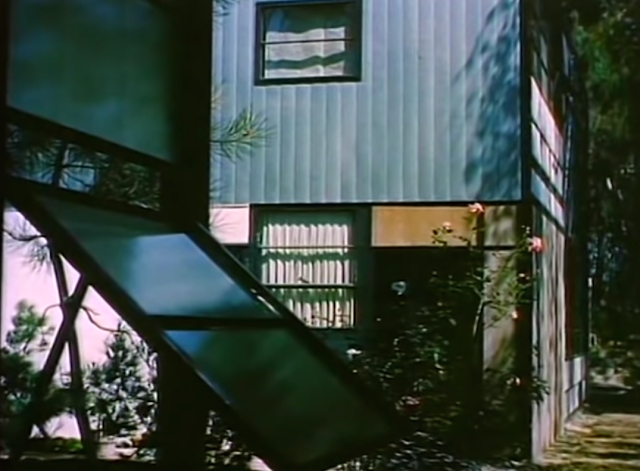 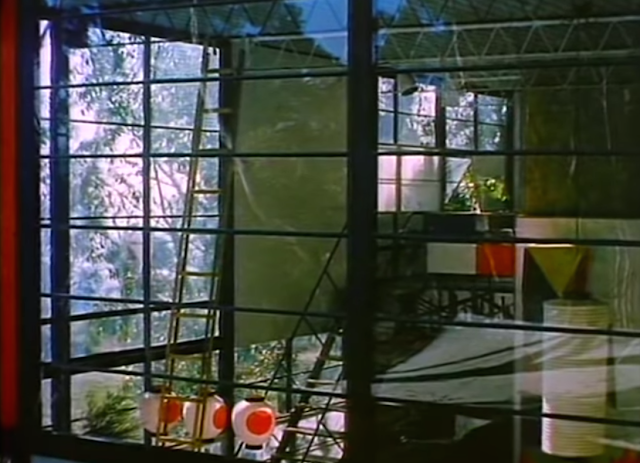 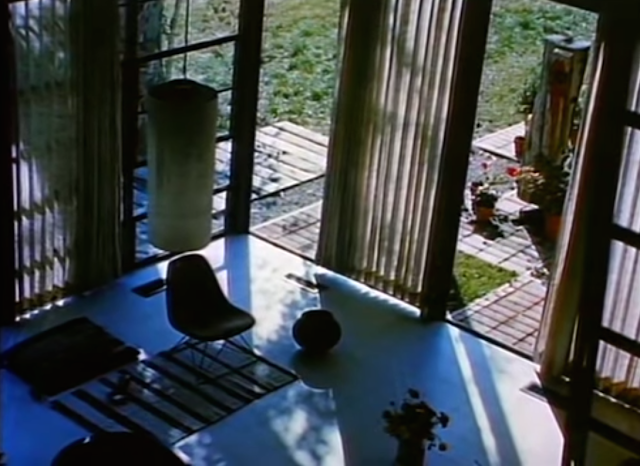 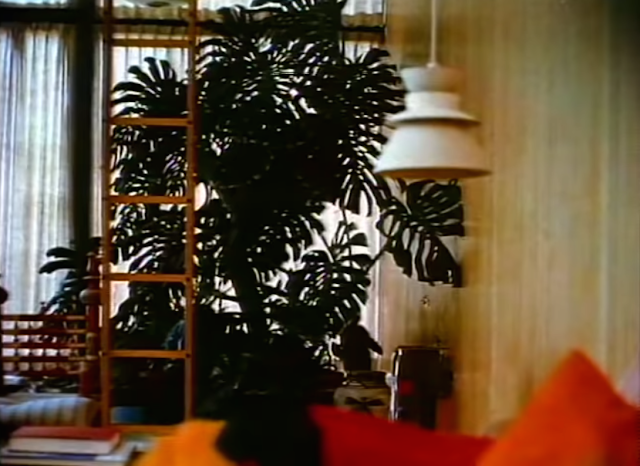 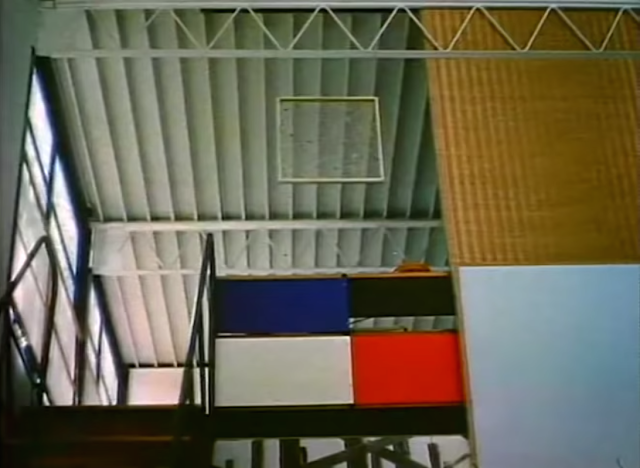 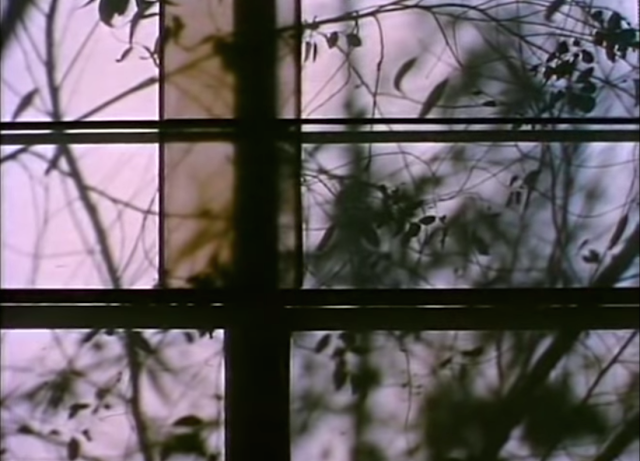 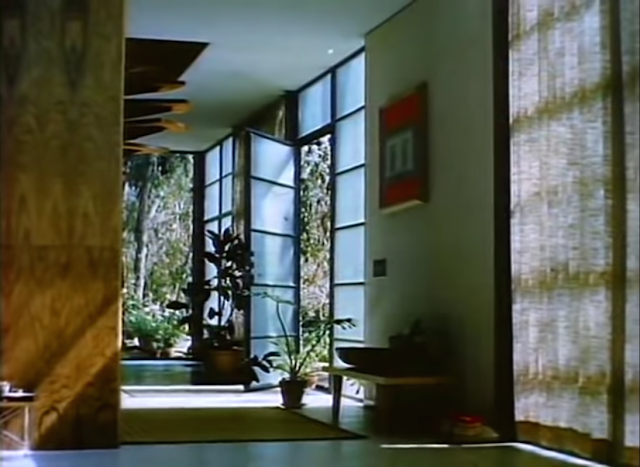