The Sound of Outskirts

I've been lucky enough to be asked onto a couple of podcasts recently to talk about Outskirts.

The first was Thought Starters, where I was in conversation with the critic and historian Tom Dyckhoff. His excellent new book, The Age of Spectacle, tells the story of the rise of 'starchitecture' and gentrification in the late 20th and early 21st centuries. I was interested in the subject because essentially he's taking up where Concretopia left off, in the late 70s, and the book is full of satisfying and revealing intervews and case studies, from the protests at Covent Garden and it's rebirth in the 80s to the desire for city authorities to create new 'icons'. It was fascinating to talk to him about all of this, and how the story of city rebirth, for good or ill, contrasts with the green belt story of preservation, pressure and protests. Interesting too to discuss how closely interwoven these two stories actually are.

You can hear Tom and I on Thought Starters HERE. 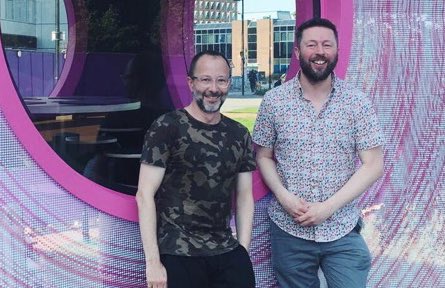 The next was the ever-brilliant Little Atoms. I'd appeared on this once before, to talk about Concretopia (the interview also exists in print in their magazine), and once again I was interviewed by Neil Denny. He split the interview into two halves – firstly we discussed the green belt aspect of Outskirts, how it had come about, why, and some of the bizarre elements of it, from landfill sites to dogging. In the second half he asked me about the more personal angle of the book, which is after all a family story of moving from the inner city to the edge, and how that had affected my parents and my brothers. It turned out to be rather more emotional thank I'd expected.

You can hear the Outskirts episode of Little Atoms HERE.

Finally, and unrelated to Outskirts, a thank you to Andy Miller and John Mitchinson for having me on Backlisted, the  wonderfully eccentric and constantly charming books podcast. I appeared on it a few months back, talking about my love for the darkly twisted novels of Muriel Spark, Memento Mori in particular, and was delighted to hear that they enjoyed the book too.

You can hear the Muriel Spark epsiode of Backlisted HERE.

And I'm not in this episode of Backlisted, but Andy Miller very generously reviews Oustkirts in this edition HERE.

I was lucky enough to be asked to contribute to the brilliant Boring Talks podcasts made by James Ward for the BBC, so here I am talking naturism, pies and cavemen in the green belt...
Labels: Green Belt Outskirts podcast