This film was made in 1979 for Bradford Metropolitan Council, to promote the city's sixties redevelopment and a new late seventies housing estate at Pollard Park. 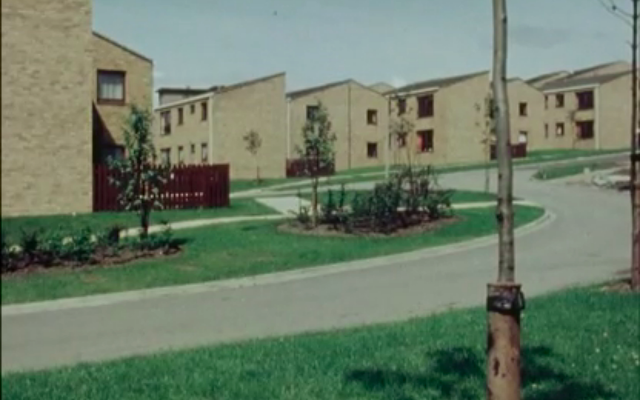 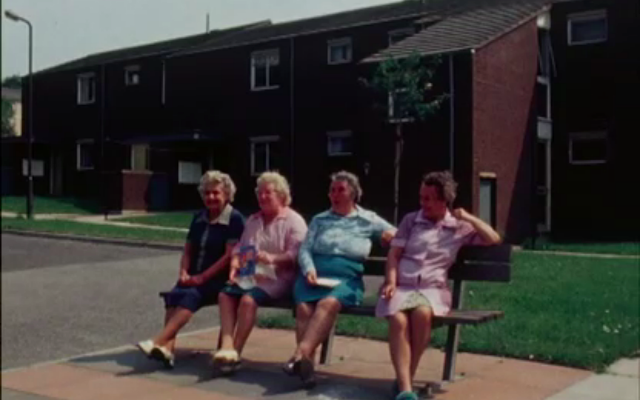 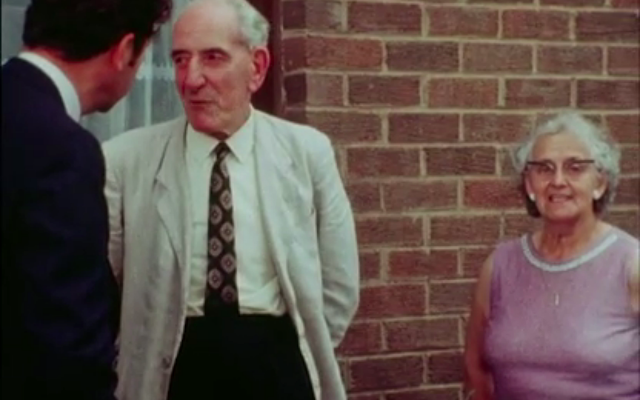 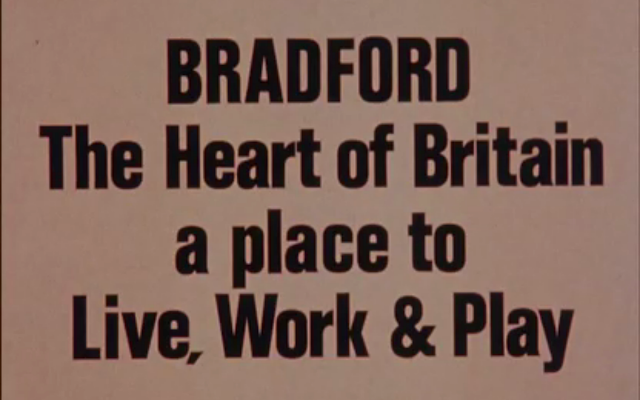 It's presented in old-school smoothie style by Geoffrey Wheeler, host of Top of the Form and presenter of peerless children's history programme How We Used to Live. He does some great heroic posturing, particularly at one point with a well-placed foot on a roundabout kerb. 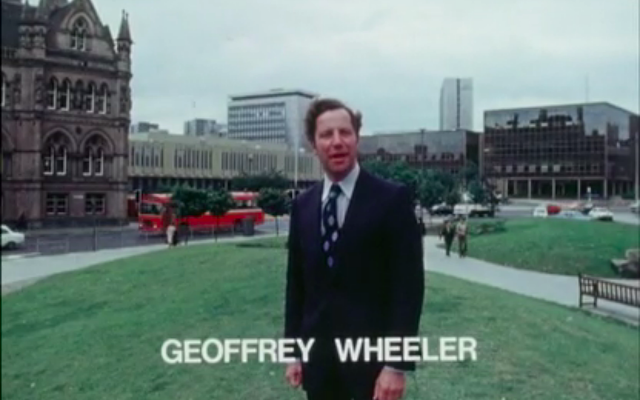 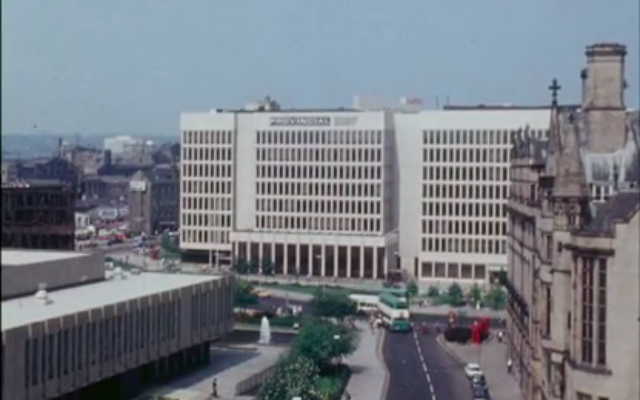 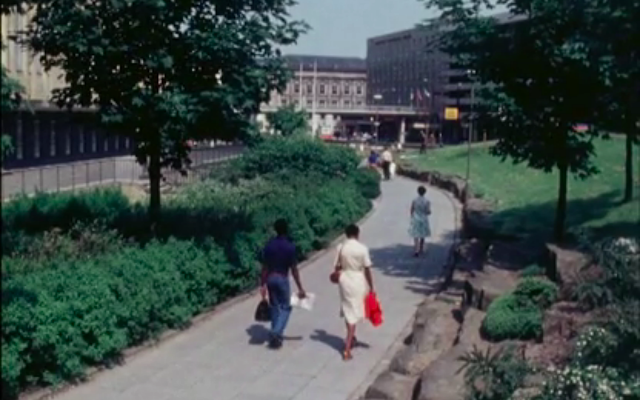 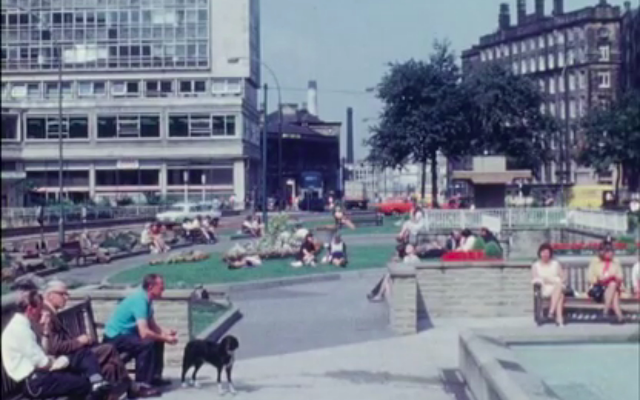 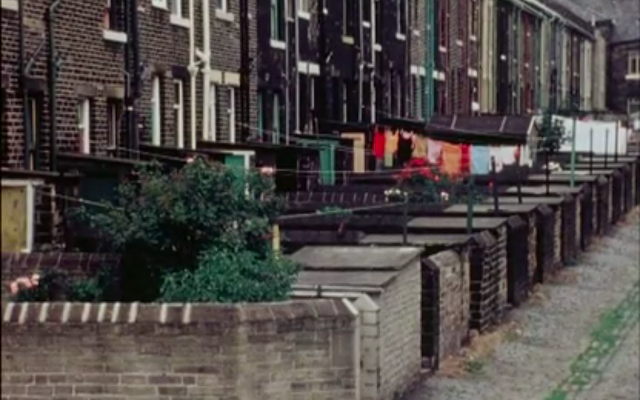 It begins with a rambling and twee history of the district, complete with Genevieve type car and endless etchings, and then we're into the postwar concrete town centre: shopping mall, office blocks, fountains, car parks and urban motorway.

In the film we meet that stalwart of these kind of films, the borough engineer. This one is Reg Atkinson who takes us through the plans to demolish the back to back houses and replace them with new homes. 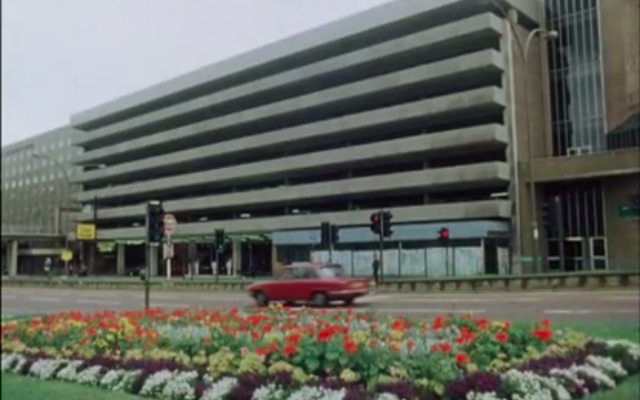 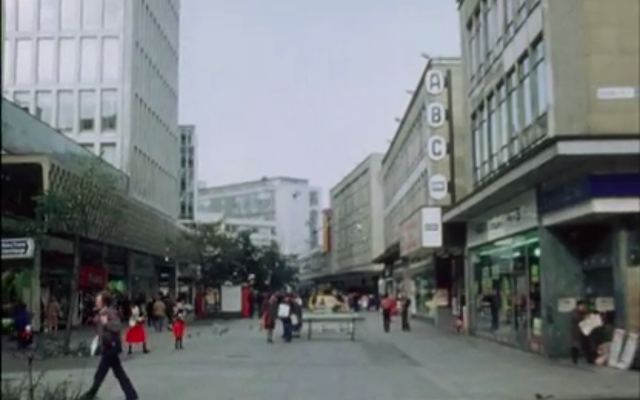 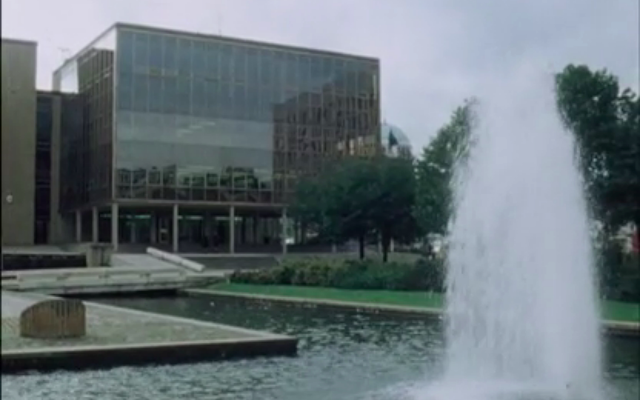 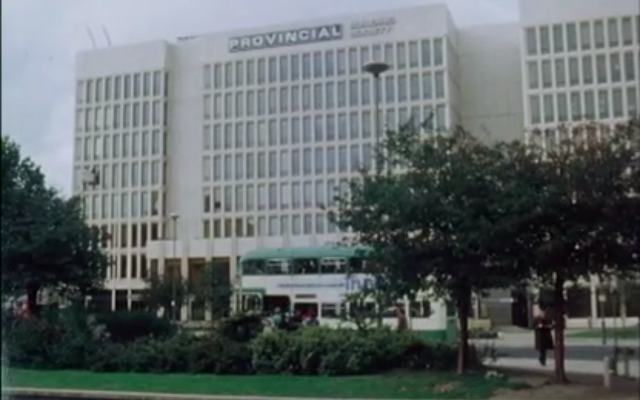 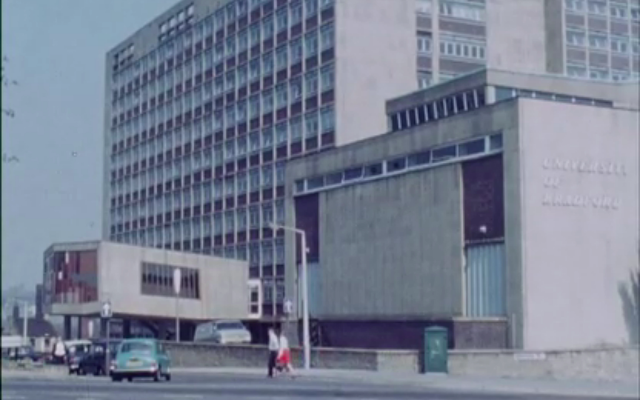 Naturally there's no mention of John Poulson, the corrupt architect who had just emerged from prison at around the time the film was made, and who had once bribed his way through the place, getting major development projects passed his way in the sixties. And I'm sure there's a fair few viewers who would regret the demolition of the Victorian grandeur of the old city centre, and even the mean industrial revolution back-to-back slums of the edges. Others may miss the postwar city centre seen here, which has continued to be modified. 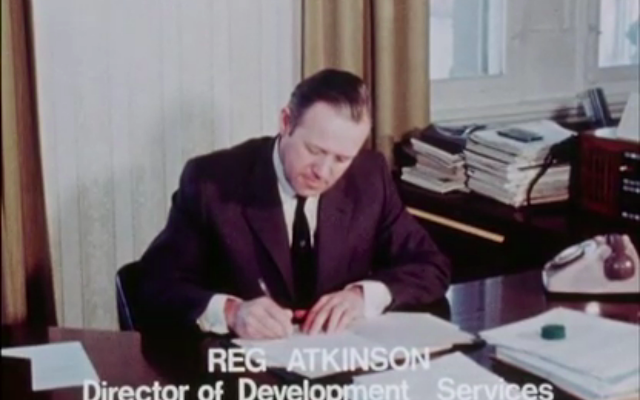 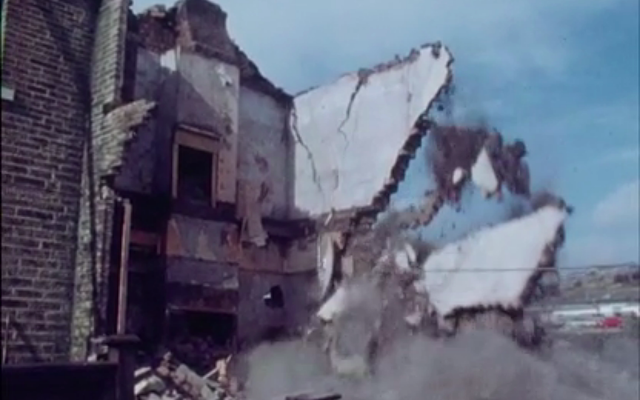 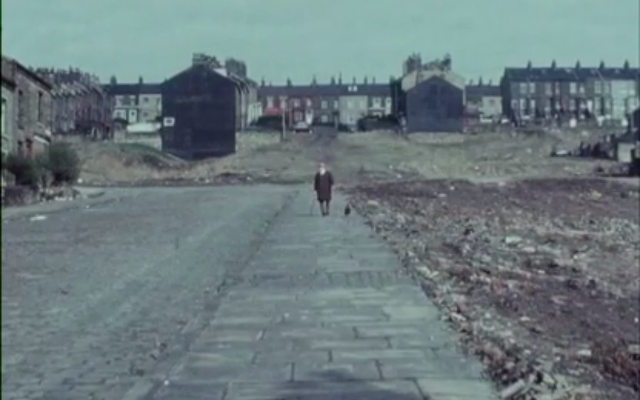 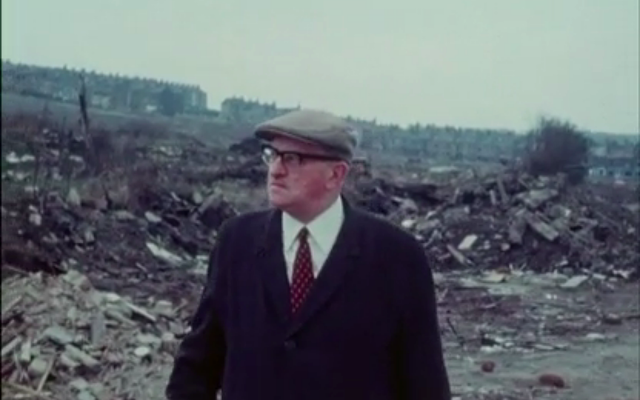 The film does make a good case for Pollard Park having worked as a redevelopment scheme in the late seventies. Yet high unemployment hasn't made it much fun in the last decade or so, and there's talk of those much heralded green spaces being remodelled. Which makes the comments by the residents feel rather sad. In the film they have all moved to Pollard Park in the last two years, and seem full of the joys, in a rather low-key manner.

You can see the film here.

And for some excellent further reading, academic Peter Matthews has written a brilliant piece of research on Bradford's postwar rebuilding, Labor omnia vincit: the redevelopment of Bradford City Centre 1945-1965 and you can get the ebook here and follow him on Twitter here. I was sorry not to write more about Bradford in Concretopia but Peter's work explains it all superbly.
Labels: 1970s Bradford Yorkshire