Here's one of the Rank Organisation's Look at Life documentaries from the mid-sixties, called Rising to High Office, about the London boom in office blocks. It's set in the newly completed Shell Centre on the South Bank of the Thames, overlooking the old Festival of Britain Dome of Discovery site.

It's told in the breathlessly jaunty fashion of the time by Tim Turner, a narrator who could give Leslie Phillips a run for his money in the Ding Dong department. He delivers his bumptiously sexist script in a style that would soon be parodied mercilessly by the likes of Monty Python and The Burkiss Way. 'Here in the typing pool mechanisation has moved in with the girls,' he says at one point: 'it's called audio typing.' When not leering at the young women, he's (or perhaps, I'm)  getting worked up about the beautiful technology: walls of primary coloured analogue computers with spools of tape spinning at the top; desks with arrays of switches and buttons beyond the electronic typewriters; grey pods housing the operators of a telephone exchange, a design that sat somewhere between the Liberator in Blake's Seven and the domed hairdryers from a fifties salon. Beaded curtains lead these 'girls' through from the busy telephony desks to a modular seating arrangement on several levels, like a conversation pit: 'a restroom where the only numbers are pretty ones'. Jesus. 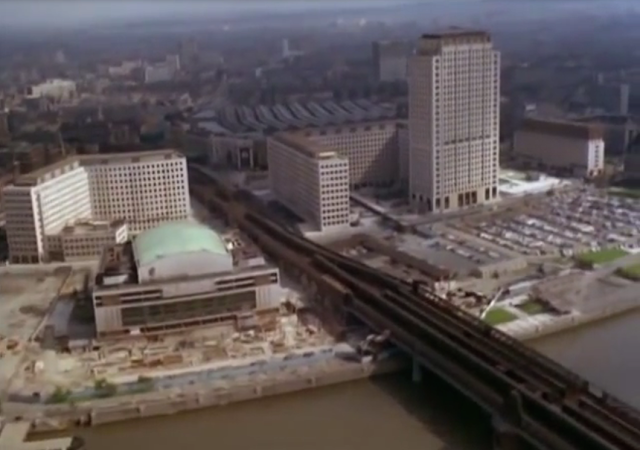 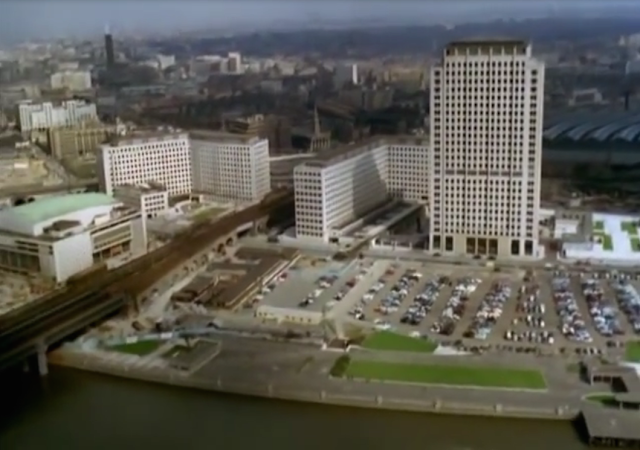 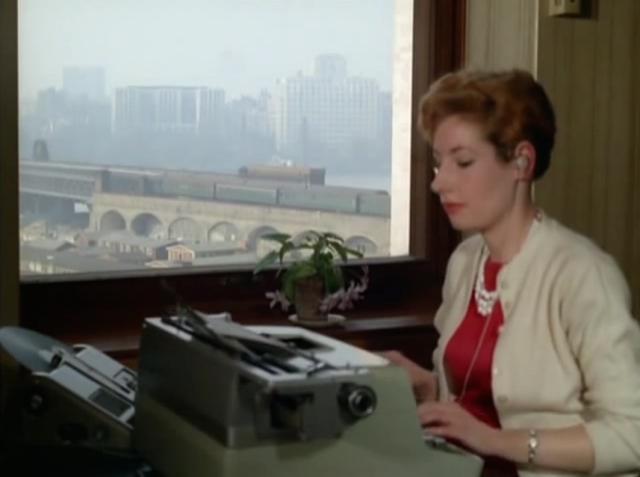 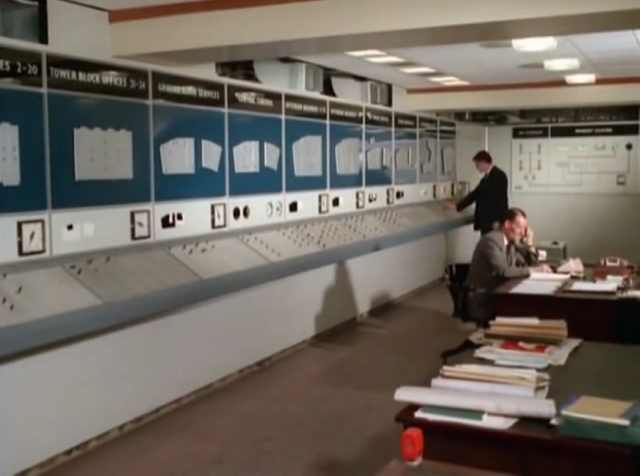 We drool over sophisticated aircon units of NASA-level complexity, ingenious compressed air mail deliveries and the apex of modernity, the computer room, with its pool of operators hammering away on large grey desks on electronic adding machines. The mod cons for the staff of this rich multinational are outrageous. There's the office swimming pool, for example, and squash courts. There's a rifle range, hairdressing salon, art gallery and vast subsidised canteen. But then, the Shell Centre has never been a typical office block. Rather, this bastion of British business was a collision of Whitehall and Carnaby Street, in a portland stone-clad block more like a throwback to early 20th century New York in style than a precursor to the glossy, glassy, concrete towers we'd see springing up all over the country in the next decade. 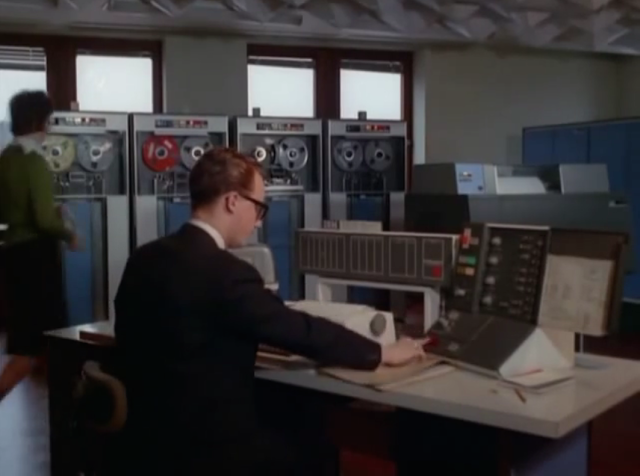 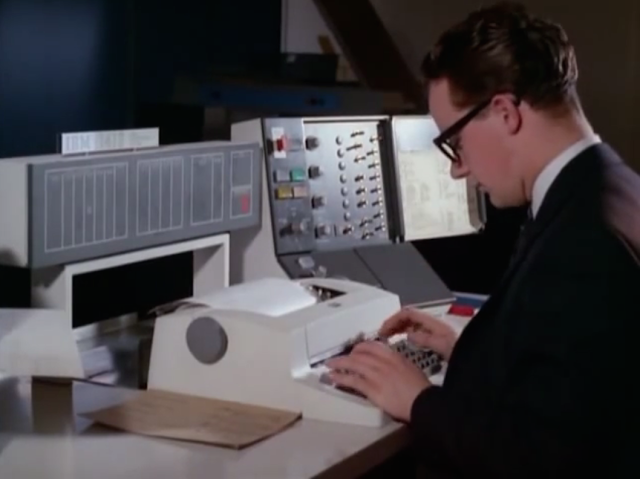 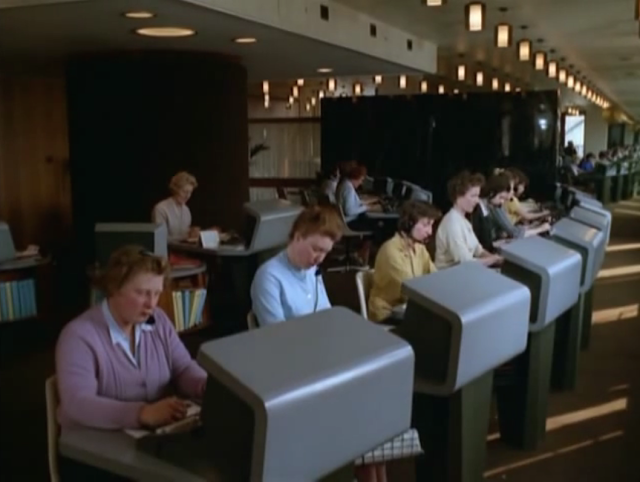 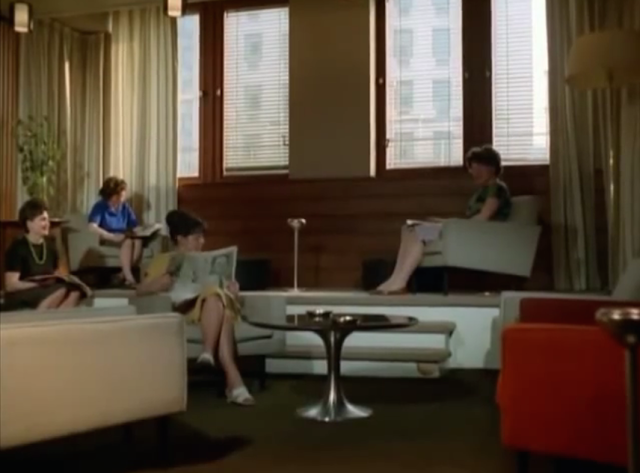 One of the film's most delightful features are the shots of the London skyline, from right by where the London Eye stands now, from a time when the Shell Centre itself was the tallest building in London. Perhaps more than the sexism or gadgets, this was the real treasure of the film: a view that is changing so fast, caught on the brink of a building explosion. 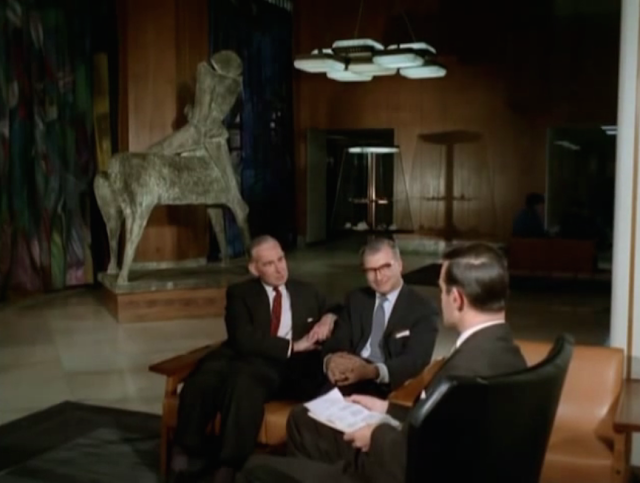 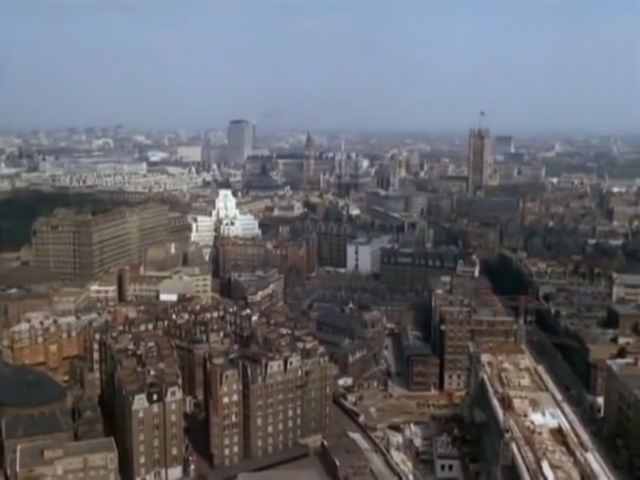 UPDATE: 26th July 2015
Barriers have begun to go up around the Shell Centre, as most of it faces demolition. The tower will remain, but the rest will go, to be replaced by eight new buildings, a mini-forest of towers like those we have further up the south bank at Blackfriars.
Labels: 1960s Look At Life Southbank Centre