Now, I happen to love the Olympics. Yes, that's right. LOVE. THE. OLYMPICS. Not terribly fashionable but there we go. But it's interesting seeing the name being bandied about in the most extraordinary manner. Recently in Forest Hill an amazing sign was erected. 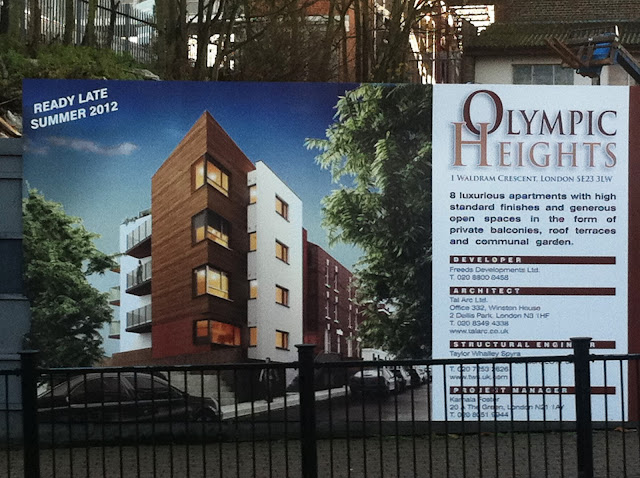 Look at that lovely suburban street, beautiful mature trees everywhere, cars parked along the frontage, a figure on the second floor looks out at a spacious view, perhaps of a park or over the charming rooftops of its neighbours. Well, em, not quite. 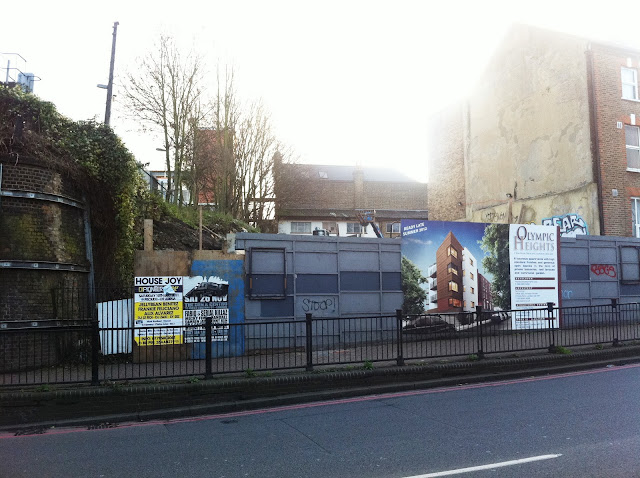 This is more or less the same view taken with my phone. Hmm, that quiet suburban street seems to be a red route. No parking here, because it's a very busy bit of the South Circular. And those trees...? Well, neither mature tree exists. By my reckoning, the one to the left of the drawing would have been growing in the middle of the road, and the other would have been on a footpath barely wide enough to wheel a pram. And that view... Hmmm... 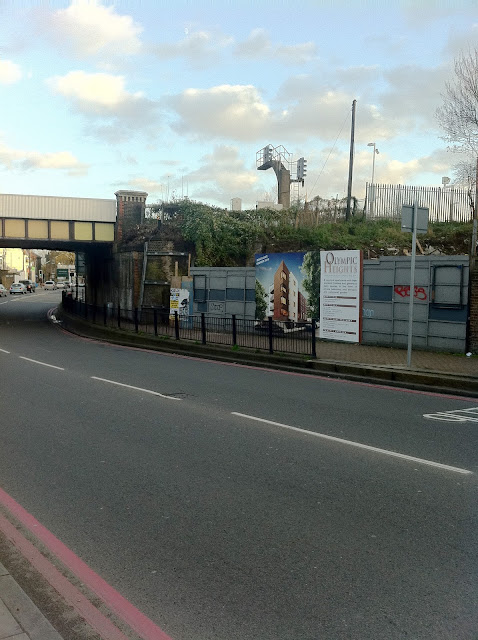 Okay, so it's a railway bridge. And that person on the balcony would have been staring at those points. From a few feet away. And that dramatic corner so dynamically illustrated? That would be jammed right up against that crumbling bridge, so the view illustrated in the drawing could never exist. 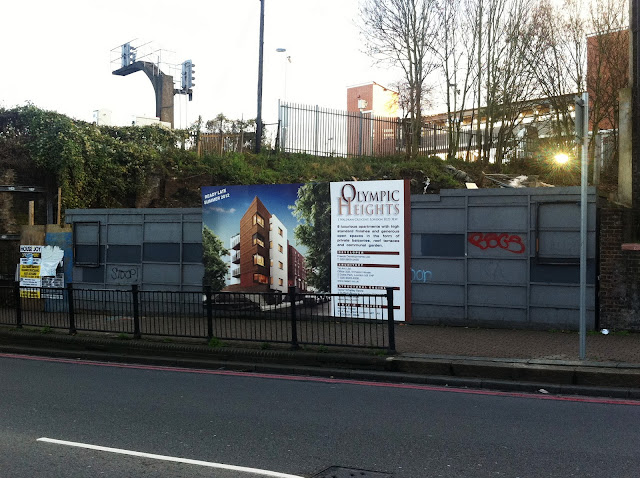 See that red brick structure immediately behind the plot of land? That's Forest Hill Station. Handy. You could erect a rope slide.

But the plot's spacious at least, right? I mean, for eight flats it'd need to be a good size? 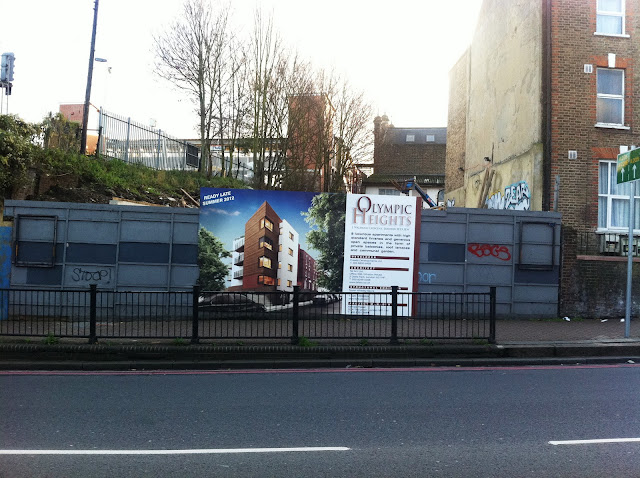 Well, not so much. More of a tiny wedge of cheese jammed between some crumbling old Victorian terraced houses and a dingy railway bridge, with trains thundering past inches from your nose every five minutes or so.

Look at the beautiful drawing in the middle, the space around the building, the trees, the parked cars on the quiet suburban street. It's like a brilliant new form of fantasy art: rather than depicting a barbarian princess clad in a centimetre of dragonskin wielding a twelve headed sword atop a glacier, what they've done here is visualise the most mundane piece of architecture and invented the entire banal suburban street around it. It's SimForestHill. Don't like the railway line? Ah, ditch it. Tired of the arterial road? Delete. Want a few trees and shit? Paste. It's amazing. And the poor old Olympics is taking the blame. It might transform London for a few weeks next year, but not THAT much.