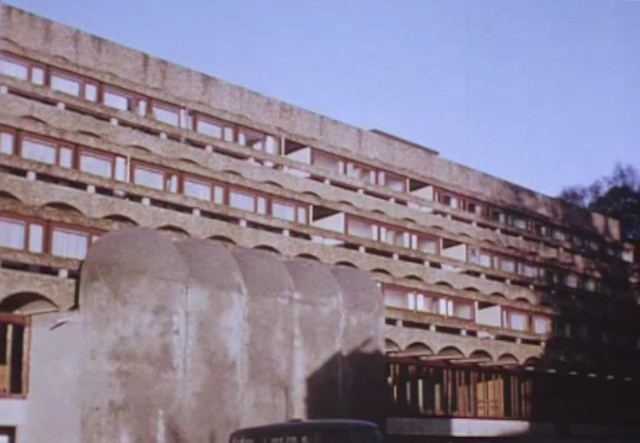 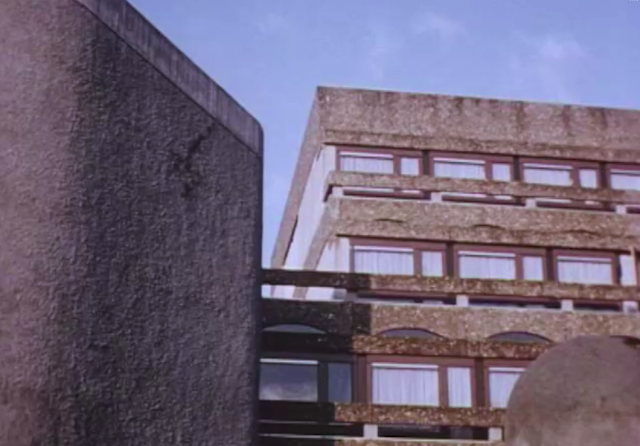 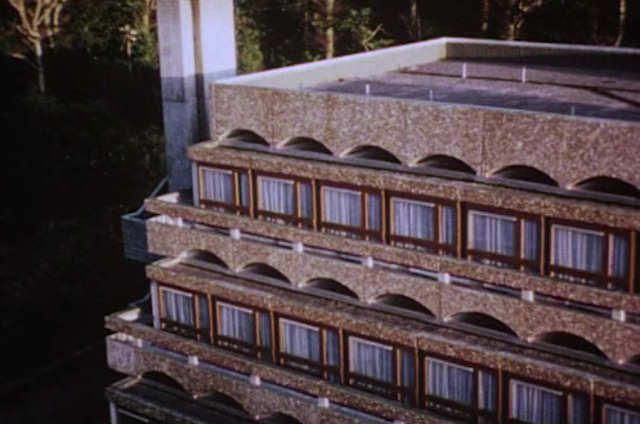 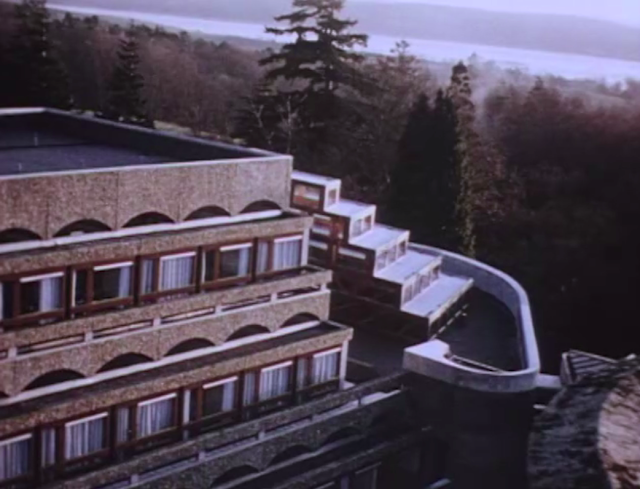 Here is a quite extraordinary film. As Hinterland, the show created in the modernist ruins of Cardross seminary is being performed, this is a film from 1966 of the Seminary in use. What's immediately apparent is how beautiful the building is. The arches, the windows, the concrete, the strange forms and shadows. 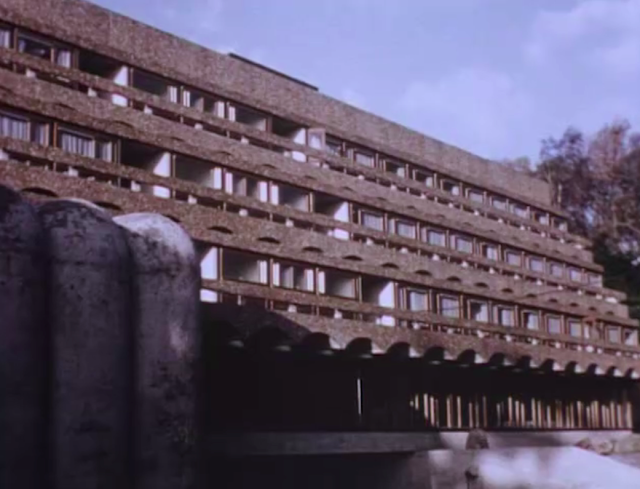 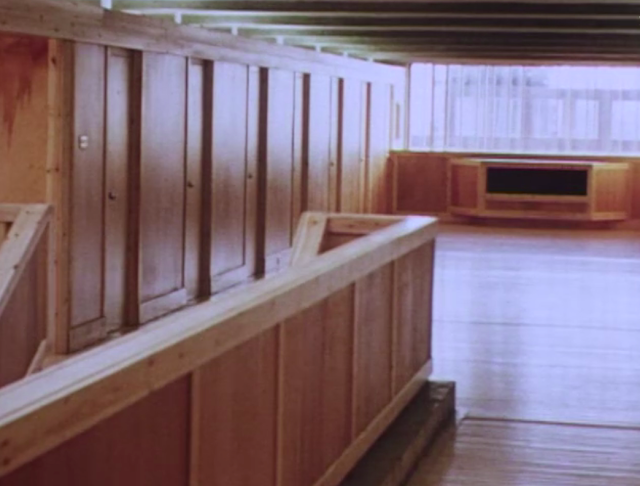 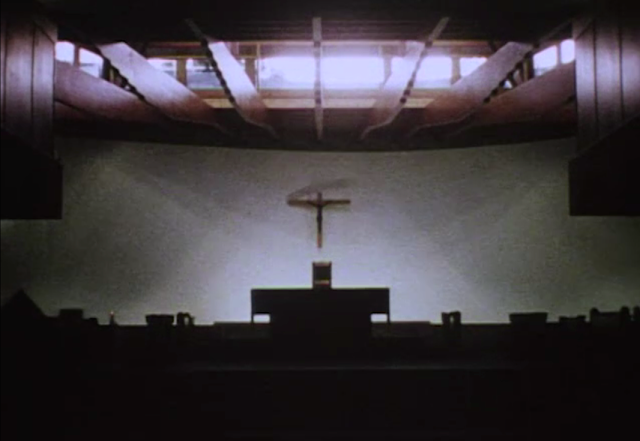 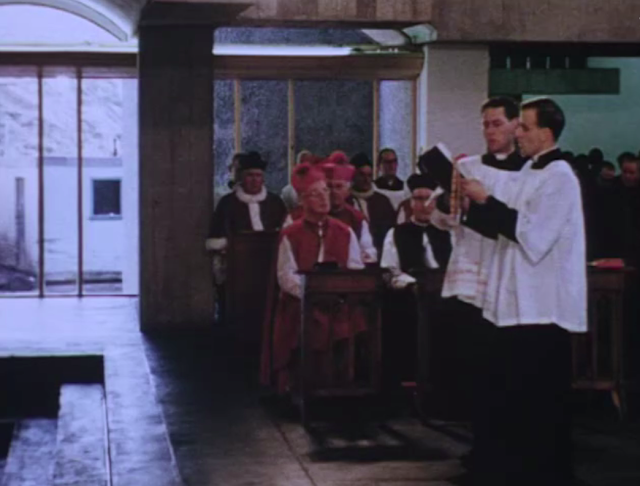 It's a silent amateur film made by Lawrence Russell showing what might be the opening ceremony for the college. Certainly there's a lot of Catholic frocks and bling on display.

The seminary was designed by the peerless Scottish modernist practice of Gillespie, Kidd and Coia who started work on design in 1953. Work began on the site in 1961, which is recorded in this film. It opened in 1966, and the Seminary closed in 1980, following problems with leaks combined with falling intake levels. After a short life as a drug rehab centre it closed completely by the end of the 80s and has remained slowly decaying in its green belt setting ever since. 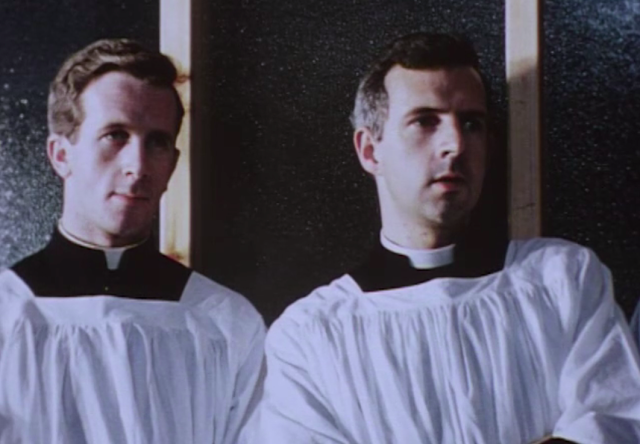 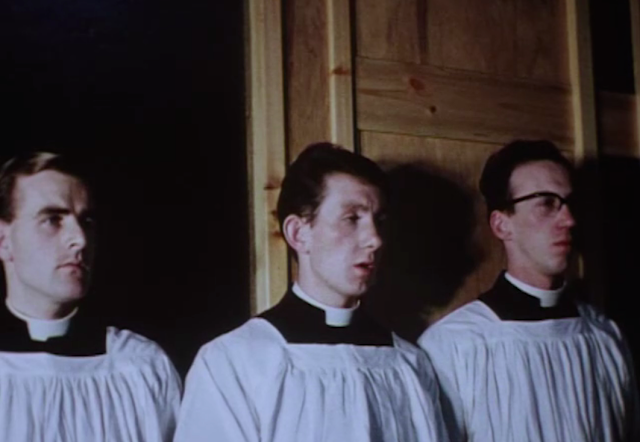 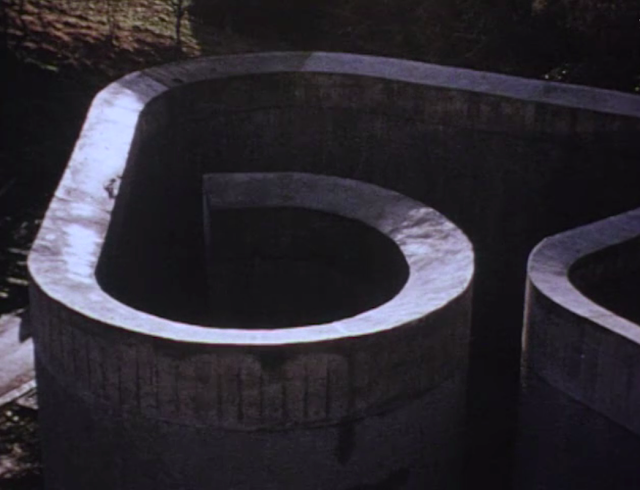 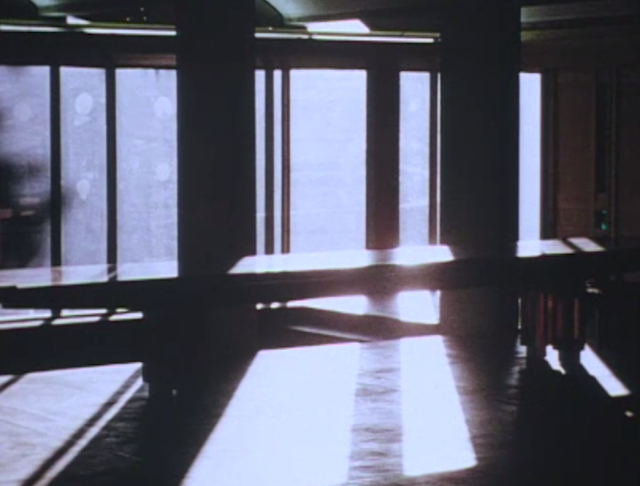 I didn't manage to get to Hinterland, but at least I can enjoy this beautiful film showing the building at its best. 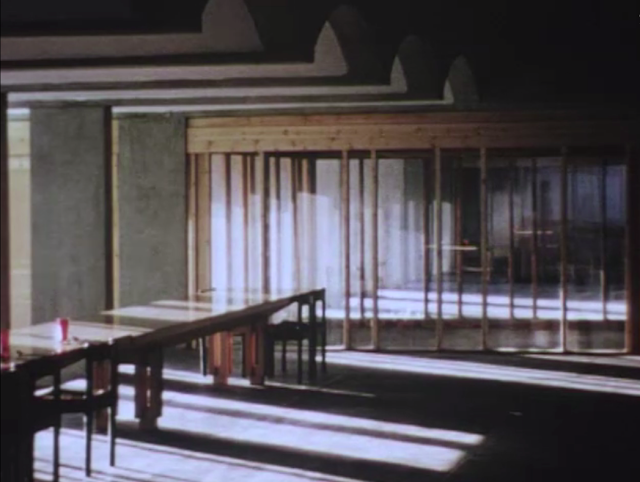 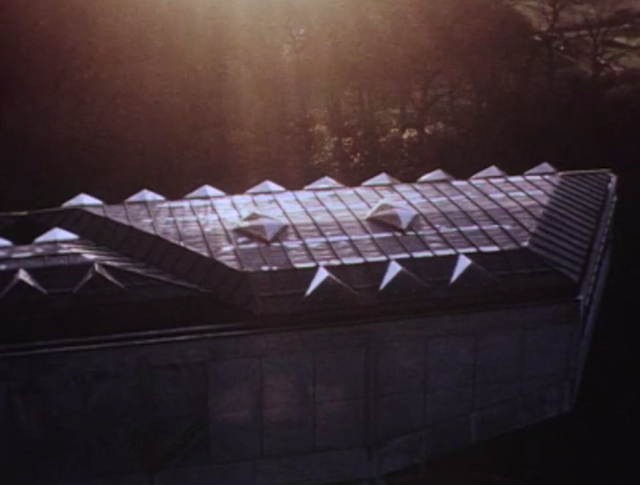 You can see the film here.