Adam Curtis + system building = the makings of a great conspiracy theory. Here's our finest polemical documentary maker in his younger days tearing into the failures of sixties system building, one of his more obvious targets and a hot topic in the early eighties. 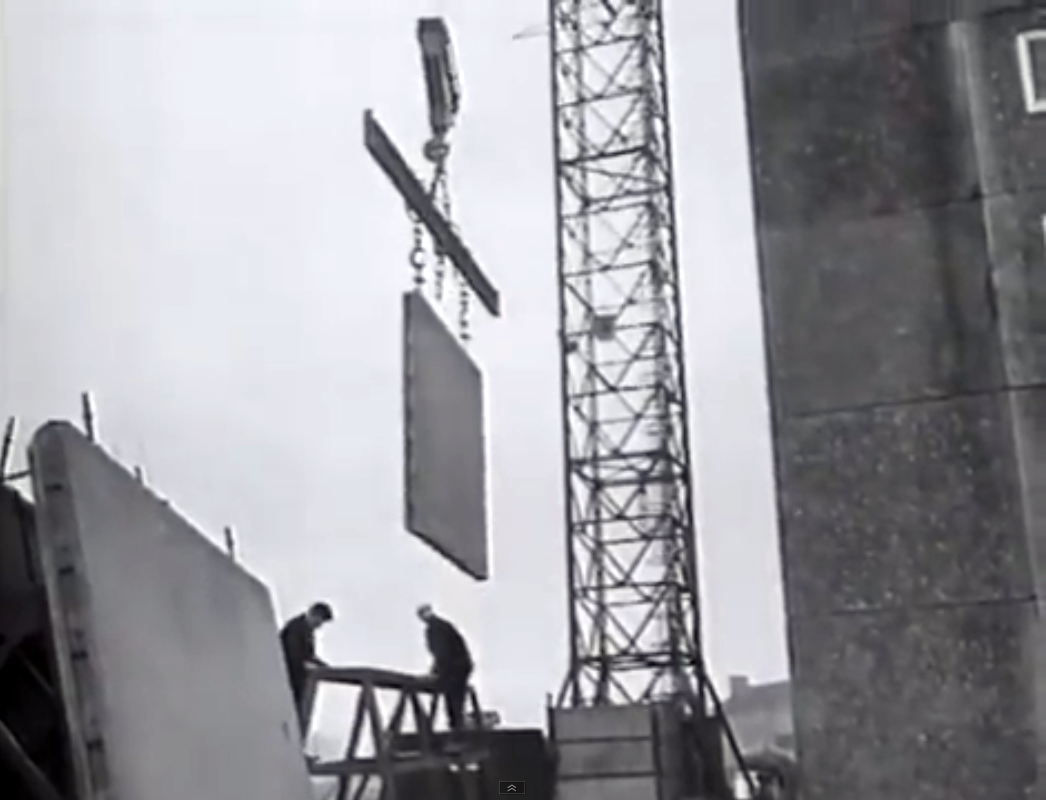 The documentary itself is a rather straightforward forerunner to his more complex classics such as A Century of the Self and the Power of Nightmares. It's lacking his voice (it's narrated instead by reporter David Jones) and his trademark crazy soundtrack but otherwise many of the Curtis tropes are here: suspicion of those in high places and the whiff of institutionalised corruption and conspiracy. But the style feels more like an episode of Panorama rather than his later authored pieces. Still, there's great interviews with T. Dan Smith, Kenneth Campbell and particularly Cleeve Barr, and some amazing archive footage.

But there's also a peculiar and disappointing aspect to the documentary – the working class construction workers remain unnnamed, while the more senior figures (architects, engineers, politicians) are all named. It's as if the documentary is repeating the mistakes it is reporting on, treating the working class people as unreliable objects, and trusting the word of the senior figures. Still, it's a fascinating, angry and scary record of those poorly constructed sixties system built blocks that have all but vanished from our towns and cities.


TV might have ignored his example as a filmmaker, but all of YouTube on random is like an Adam Curtis documentary if you say 'But it was a trap' between every clip. I know I do.